“The Game” was published in 1961 in journal “Knowledge-power”, but before we move to the original text, we would like to say a few words about the author. It should be noted that “a few words” is not a figure of speech—we have very little information about A. Dneprov and his life.

“The Game” was published in 1961 in journal “Knowledge-power”, but before we move to the original text, we would like to say a few words about the author. It should be noted that “a few words” is not a figure of speech—we have very little information about A. Dneprov and his life.

Anatoly Petrovich Mickevich (A. Dneprov is his pseudonym) was born in 1919 in Dnepropetrovsk. In 1941 he graduated from Moscow State University Faculty of Physics and went to war. From 1943 on, he worked in the Main Intelligence Directorate of the General Staff of the Red Army. He received the Order of the Patriotic War Second Class for his participation in disarming units and formations of the Kwantung Army, the major Japanese army active in China during World War II. During the war, he also worked in Italy and Africa in the campaign against Rommel. A. Dneprov was the translator and assistant of Marshal Georgy Zhukov on 8 May 1945 when the German Instrument of Surrender was signed. He became PhD in physics in 1952. His military career ended in 1956. After it, he worked several years in a research institute and was a department head of the journal “Tech-youth”. The last years of his life were spent in the Institute of Economics and Foreign Relations. His literary career begun 1958 and continued until his death in 1975. His literary works were issued by different publishing houses in USSR. For the most part, he was interested in problems of science, and in his publications he tried to show that great scientific discoveries can be harmful to human civilization if they fall into the hands of bad or irresponsible people. A number of his books have been translated into English.
The story of how “The Game” reached the limelight of philosophical attention is also intriguing. It starts with the interview that was granted by A. L. Dobrokhotov – a famous Russian philosopher and culturologist – to V. V. Vasilyev and D. B. Volkov. During the conversation, different subjects were broached, and among them A. L. Dobrohotov referred to a fantastic story whose idea was very close to the concept of Searle’s “Chinese room”. It was a fascinating piece of news for the interviewers, but the main problem was with the name of the story’s author.
A. Dobrohotov tried as hard as he could, but he could not remember it. The wide thematic scope of the discussion also did not help to discover who wrote “The Game.” It is quite possible that this story would never have been correctly identified if not for the attentiveness and erudition of Egor Smirnov, who recognized A. Dneprov’s creation in Dobrohotov’s description and shared his discovery with V. V. Vasilyev. After this, this wonderful text was translated into English in order to make it available to a worldwide readership. Please enjoy it!

Also we’d like to say many thanks to A.Voronin for the story above and to Professor Howell and his wife Pamela for invaluable editing work.

The Game (translated by A.Rudenko)

More on this topic

Introduction to the mind-brain problem. Course “Mind and the brain: the last frontier”

We are publishing the first lecture of the course “Mind and the brain: the last frontier”! This course is now holding at the Moscow State University by the Center for Neuroscience and Cognitive Scienc... 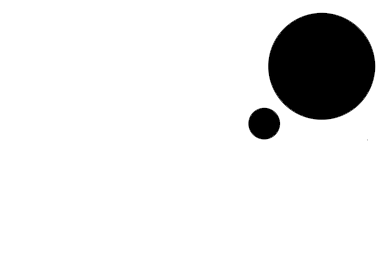