The logo of the Centre – the school under the guidance of leading philosophers with the participation of graduate students and young scientists from around the world.

“Free Will and Consciousness”

School "free will and consciousness" was led by Cornell University Professor Derek Pereboom. The participants of the school were representatives of leading universities: Harvard, Oxford, the University of California, the University of Helsinki and others. The Russian side was represented by MSU and St. Petersburg state university. 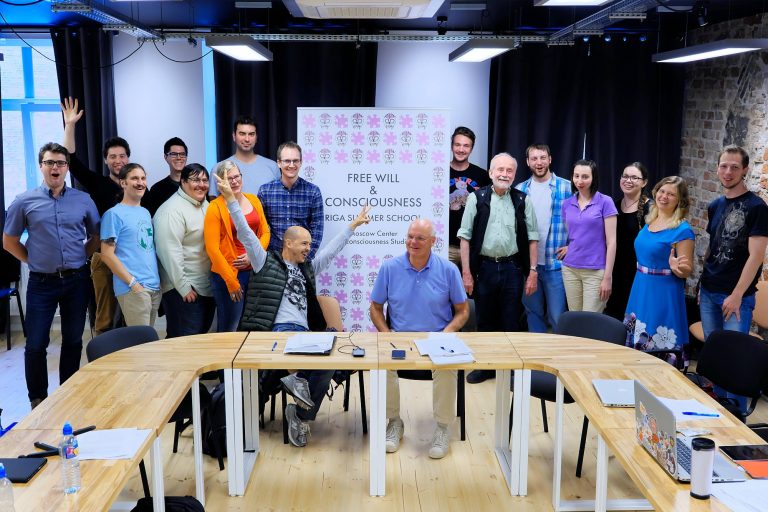 «Free Will and Moral Responsibility»


Summer school organized by the Center in 2014. The school was led by John Fisher, a professor at the University of California, who was assisted by Professor Matthew Talbert, a professor at the University of West Virginia. The school was attended by graduate students and young scientists from the United States, Great Britain, Sweden and Russia who passed the competitive selection. The main theme of the school was the problem of the correlation of free will and moral responsibility. Is free will a condition of moral responsibility? What are the conditions of free will itself? Can we bear moral responsibility in cases where we are unable to follow moral norms? You can find a discussion of these and other issues on the MCCS YouTube channel.

More on this topic

Mind, Brain and Free Will. Research Seminar of the Center for Consciousness Studies

The seminar has been devoted to the book of the distinguished Oxford philosopher Richard Swinburne “Mind, Brain and Free Will”. Swinburn takes an unpopular position for nowdays, defending the subs...

Conference on The Personal Identity Problem. Recordings of the Presentations

The problem of personal identity is one of the most discussed in contemporary philosophy. It includes questions about the Self, personality, its identity in time and its unity. On May 17, 2018 at...